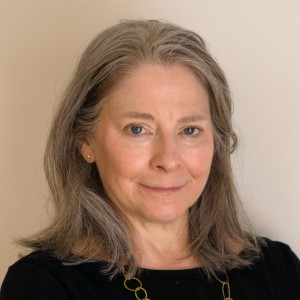 Organize Your Geography, Biography, and History Books in 4 Easy Steps

Geography, biography, and history books have something for almost everyone. There are books on travel memoirs and maps.  There are biographies and family histories. If you are a history buff of any stripe, this section is for you.

“Remember, remember always, that all of us, and you and I especially, are descended from immigrants and revolutionists.”

People who love books often accumulate large collections. When you find yourself wanting to consult a particular book only to find yourself wasting a lot of time tracking it down, it can be a frustrating experience. You’re pretty sure you still have it, but it’s lost among all the others.

In an earlier post, I outlined the advantages of using the Dewey Decimal Classification system for organizing your nonfiction books. If you have a lot nonfiction print books in your collection, it would be best to read that post first.

If you suspect your collection contains a lot of General Knowledge, Philosophy and Psychology, Religion, Social Science, Language,  Natural Science, Applied Science and technology, Arts and Recreation, or Literature books, I already have posts for those types of books as well.

In my first post, I listed a few of the types of subjects that belong in the 900s (Geography, Biography, and History) section. In addition to books on travel in like Myanmar or Nepal, there are books on mountain climbing expeditions written in the 1800s. Books to help you get the most out of a trip to Spain on a budget and fascinating biographies of people from all over the world, in all walks of life are in the 900s. And you can find histories on the ancient Sumerians, books on native peoples from the Americas, and books on explorations of extraterrestrial worlds. It’s a massive and fascinating section.

The chart above covers the basic ten categories of the DDC. If you haven’t gone through your books to decide where they belong, you may want to look at my previous post and go through those steps first. Then come back here for more in-depth information on the tenth category:  the 900s Geography, Biography, and History.

Very few personal collections contain books in every category. You may be surprised to find 90 percent of your books can be grouped into one specific section.

Below is a chart that further subdivides the Geography, Biography, and History category.

You may want to look over each subdivision and further divide your books accordingly. If you chose to keep records of your books as suggested in “Easy Home Library Organization Using the Dewey Decimal System”, you may want to  update your books’ numbers. For instance, if you had 30 books marked as belonging in Applied Sciences, you may now have 10 of those marked at 910, 5 as 920, 3 as 950, and 12 as 970. More information on that process is in “Simple Record-Keeping for Your Home Library.”

Every book collection is different. The point is to narrow your collection down more specifically, so you will be able to locate the books effortlessly when you need to find one. An added benefit is the serendipitous connections that can be made when similar books are placed together.

The geography, biography, and history books in brief

Who doesn’t love a good story? This section is packed with them. Travel and exploration stories from the past, to how to best navigate Disney World with kids under age 5 are two examples. And while some biographies can be found under the subject category (an example would be Albert Einstein biographies in the science section), many libraries shelve all the biographies either in the 920s or in a separate section altogether (usually labeled “B”). And history—not only is it instructive to read about mistakes made in the past, it’s fascinating as well.

The the general or multidisciplinary treatments of geography, biography and/or history go in 900-909. This section also has books on the study of history. As with all academic disciplines, the topic of history has both philosophies and theories. The study of history involves specific methods and techniques for collecting and evaluating evidence. Books outlining them go in this first subsection. Education, research, and oral histories are shelved here. World history books belong in this section as well.

Many, many people love to travel. This section has books on travel to places all over the world. You can be educated about people who have travelled by walking, passenger jets, cars, boats, and even rickshaws. There is information about countries and their currencies, food, tourist attractions, accommodations, along with travel tips for specific age groups, disabilities, and interests. Travel stories and memoirs, some of my favorite reading, go in this section.

This section also has books on geographic information systems, geographic dictionaries, encyclopedias, gazetteers, and atlases.  Information on historical and ancient travel are in the 910s too.

Recommended books in geography and travel:

Books about how to write biographies, memoirs, and more traditional  biographies are shelved here. In my schools, I opted to shelve the collective biographies (biographies that cover two or more people) in 920 and biographies on one individual in 921. After those two sections, I shelved books on genealogy, the history of names, insignia, and family histories, as well as genealogical sources, personal names (surnames, forenames, and names for babies), heraldry, royal houses, peerage, orders of knighthood, decorations, autographs and forms of insignia and identification.

One odd thing to note about this section is that the dates that are considered ancient history of one area of the world may be different from those in another. For example, the cut off point for ancient China is ca. 420 but for the Iranian Plateau it is ca. 637. I’m not sure exactly why, but I suspect it would make perfect sense to an ancient historian. Books on archaeology as a discipline, biographies of archaeologists, and archaeological discoveries belong in this section.

From here to the end of the 900s, are histories of geographical areas which pick up at whatever date their ancient history cuts off. So for the British Isles, this section would contain books that begin with events at any point after ca. 410 to the present. For Luxembourg the number would be ca. 486 to the present. The 940s contain all histories of Europe as a whole.

Here is a list of most of the countries included, even if, in the past, they were known by a different name. I am listing them in the order they would be shelved in a library. If you have a history not specifically mentioned, place in in with the books on the closest geographical entity named.

Recommended books on the history of Europe:

The histories of Asia, regions of Asia, and specific countries in Asia go in the 950s. These are the current names for the places covered. Books are shelved in this order of geographic location. We begin with China, Taiwan, and Hong Kong. Then Korea, North Korea, followed by South Korea. Then Japan. Moving on to the Arabian Peninsula and surrounding area: Arabian Desert, Yemen (Northern and Southern), Kuwait, and Saudi Arabia. Then on to India, Pakistan, Bangladesh, and Sri Lanka. This is followed by Iran. Next the Middle East which includes Turkey, all it’s regions, Iraq, Syria, Lebanon, Cyprus, Israel, Palestine, Jordan, and the West Bank. Then Siberia and Central Asia including Afghanistan, Turkestan, Turkmenistan, Tajikistan, and Uzbekistan. This is followed by Southeast Asia including Myanmar, Thailand, Laos, Malaysia, Brunei, Singapore, Cambodia, Vietnam, Indonesia, East Timor and the Philippines.

Recommended books on the history of Asia:

Recommended books in history of Africa:

Histories of the native peoples of North America either as a whole, of two or more groups, or of specific groups. Government relations with these groups go in the 970s. The histories of the current countries in North America: Canada, with all its provinces and islands; Mexico; the Central American countries of Guatemala, Belize, Honduras, El Salvador, Nicaragua, Costa Rica, Panama, the West Indies (Antilles), Bermuda, Cuba, Jamaica, Cayman Islands, Dominican Republic, Haiti, Puerto Rico, Trinidad and Tobago; and the United States as a whole, followed by specific states starting in the Northeastern US, the Southeastern US, the South central US, the north central US, the Western US, and the Great Basin and Pacific Slope region of the US.

Recommended books in the history of North America:

This section covers the history of South America as a whole, in addition to  the native peoples of South America, beginning with Brazil, then Argentina, Chile, Bolivia, Peru, Colombia, Ecuador, Venezuela, Guiana, Guyana, Suriname, the Paraguay, and Uruguay.

Recommended books on the history of South America:

The history of New Zealand begins this section, which next moves on to Australia, New Guinea, the countries of Melanesia, Papua New Guinea, Polynesia, Hawaii, the Atlantic Ocean islands, Arctic islands, and Antarctica. This is followed by the interesting place marker for the extraterrestrial worlds, their civilizations, intelligence, and SETI (search for extraterrestrial intelligence).

Recommended books in the history of the rest of the world and beyond:

Once you have further subdivided your religion books, be sure to update any spreadsheets or card catalogs you may have made for them. If you don’t know how, see “Simple Record-Keeping for Your Home Library.” Part of the joy of having a system is that you will never need to worry about misplacing a beloved book again.